What is a bond originator? 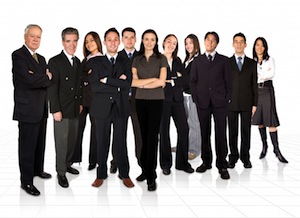 As the name suggests, bond originators originate bonds. Originators may work within law firms, bond companies or independently, and essentially liaise with the bank, bond lending company or other financial institution responsible for issuing the bond, or home loan.

Bond originators negotiate a rate with several banks, fulfilling an outsourcing role. Although some banks may offer pre-approved or regular home bonds directly, a bond originator generally is a good idea, as they have relationships with multiple banks, and can thus negotiate a more competitive bond rate.

In addition, bond originators also prepare the contracts and paperwork required to issue a bond loan, and can provide you with fairly firm estimates in terms of affordability and the loan amounts prospective property buyers could be eligible for. All bond interest rate quotes are, however subject to standard bond affordability calculations, credit as well as regulatory considerations.

Find out more about about bond origination, or contact us now to discuss your bond needs.

Bond originators have been part of applying for mortgages for many years. In South Africa, though, bond originating is a fairly new concept, mainly because the consumer was used to and trusted the banks to calculate the bonds. Since about 2005 when the concept of using these originators has started gaining momentum and already it seems to be a successful and trustworthy concept.

Here are some of the benefits you will reap when deciding on using bond originators.

Bond originators are flexible and mobile when it comes to meeting with the clients. They come to you at your own time to discuss the process and deal with you. This immediately takes away the frustration of standing in queues for hours on end at times that only suit the bank.

Bond originators have contacts at most of the major banks and other financial institutions and then negotiate better bond rates for you on your behalf. Being able to save the consumer up to 2.5 percent below prime, they have collectively saved consumers approximately R5 billion per year in rate escalation and growth.

Bond originators usually have set terms and agreements with the major banks in South Africa allowing them to play the banks off against each other to ensure the best bond for you. Not only the major banks, but they also involve the smaller groups and other financial institutions.

They will travel between institutions to get you the best rates and terms on offer.

Insurance premiums that is competitive

In the past, people applying for bonds have usually done the insurance of that property through the same bank. This lead to banks charging the consumer more than needed when using their insurance product.

The National credit Act became aware of this practice, and stopped the misuse of power to the consumers’ disadvantage giving you free option to which insurance company you prefer.

The bond originator will address insurance companies also on your behalf and obtain the best quote for you.

The national Credit act has become very protective against the consumer and the application for bonds has become very strict. This actually slows down the application process, but even with all these barriers, bond originators are still successfully following all the legal steps that are required and completing the whole process in a faster time that the banks would have done it.

It is free of charge

The costs of the bond originator are covered by the bank, making this the best part. You can enjoy all the benefits of using a bon originator and it will not cost you a cent.

The best part is that making use of a bond originator won’t cost you a cent. The bond originator’s raising fee is paid by the bank, the costs of which are never passed on to you, the client.

With all these benefits, isn’t it perhaps a good idea for you to switch to a bond originator to do the bargaining for you when buying property? It seems that you have everything to gain and nothing to lose.