What Can Happens If the Lease Expires And The tenant Stays 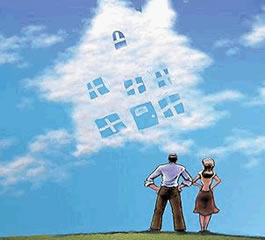 It happens very often where tenants and private landlords forget the date of when the lease expires, and then months go by where there is no official lease agreement in place. Then later questions come up like: Is the lease agreement still valid? What is the position of the lease etc? We have seen in some cases where a tenant and landlord carry on for years without any legal agreement. In this article I will explain what can happen in the event as such.

We have recently heard of a case where a wine cellar and a restaurant on the premises have had some problems like this. We have seen that a lease can be terminated if a proper notice period has been given. For residential property will I advise a time period of at least two months but for commercial property should there be more time put in place.

In this incident the restaurant was given a lease of one year, after that the rent will go up by 9%. And if the restaurant did not pay on time then it would be considered as a breach of the contract. They have seen that after a year the parties had meeting, they drew up the new contracts but nothing was signed. The restaurant did pay the correct amount of rent, but was late with the payments at some times.

Later in 2011 the restaurant had some problems with the wine cellar, causing the landlord to give the tenant seven days notice of vacating the premises. The tenant then paid the outstanding amounts but refused to vacate the premises. The landlord then issued an eviction order in court. The defendant of the tenant then stated that a verbal contract was in place at the time of the new lease contracted, which stated that the landlord should give at least a 30 day time period. They also stated that the wine cellar was in breach because he accepted all the late payments thus making the cancellation invalid.

At the end of the day the court ruled and stated that the cancellation was valid and that the restaurant should vacate the property, thus making it clear that a landlord can cancel the lease, even though he accepted late payments. The moral of the story is that it is of utmost importance that all lease agreements are in paper and understood by both parties to avoid hassles in the future.